“We can’t say enough good things about DJ Mariko. Our first phone meeting with her made us feel immediately comfortable. When we ironed out the details for the evening, she anticipated scheduling problems we didn’t even think about, and helped us put everything in the perfect order. People came up to us all night telling us how great the music was, and the dance floor was constantly full. She also made sure we had great salsa music for our latin side of the family. Can’t recommend her enough!” -Erin F. –Wedding Wire, The Knot & Google

DJ Sara did a wonderful job!

“The entire team was so easy to work with! DJ Sara did a wonderful job at our wedding! She fit our vibe perfectly and helped make our day perfect.” -Alicia F. —The Knot

“As a lesbian couple, having a female owned company and DJ was important to us. From our first call, we knew Mariko was a great fit for our wedding. She made us feel comfortable, making it easy to share our personalities and the overall vision for our big day. She really listened to what we wanted and that was evident from the first song! Mariko nailed our vibe and was able to read the room. She got the party started and no one sat down ALL night! Our guests absolutely LOVED the music and are still raving about it. Hands down, top notch, highly recommend! The music made our reception unforgettable and SO MUCH FUN! Thank you, Mariko!” -Stephanie & Blythe –Wedding Wire, The Knot & Google

DJ Mariko is best in class

“DJ Mariko was amazing to work with. She made our wedding ceremony & reception perfect and our guests were commenting on how much they loved the music. Mariko is extremely professional, detail oriented and friendly. I highly recommend DJ Mariko for your event!!” -Jamie K. –Wedding Wire,  The Knot & Google

“Jane at Stylus DJ Entertainment is the absolute best! Jane made sure everything was planned and perfect, hit every music cue perfectly, and was so professional and kind. Whether you want them to plan the music for you or you have specific songs you want played, they will make it perfect! She even provided a playlist after our wedding with all of the songs in order that we and our guests still have saved!” -Chris R. —The Knot, WeddingWire & Google 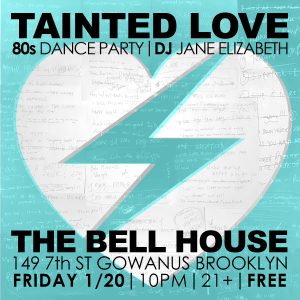 Soft Cell’s pioneering 1981 cover of the Northern Soul classic, “Tainted Love,” is the inspiration for this awesome 80s dance party. Building on a solid foundation of New Wave, we’ll dig deeper into the catalog of massive hits and overlooked misses from the late 70s through the early 90s – pivotal years in musical history that blurred the lines between Analog and Digital, Disco and Synthpop, Funk and Hip-Hop. A time when Alternative was called Post-Punk, Indie actually meant independent, and Throbbing Gristle’s “Hot on the Heels of Love” surely could have been alongside Blondie’s “Heart of Glass” on the charts…with today’s perspective. Other passions include CBGB-era New York, Batcave-era London – Punk Rock, Glam Rock, Kraut Rock, Girl Rock, Dad Rock, Rockabilly, Ska, Machine Soul, Blue-Eyed Soul, Darkwave, Coldwave – plus some guilty pleasures in the (strictly) Old-School Rap department.

“From start to finish, Stylus Entertainment was phenomenal. Working with Jane to set up our contact was seamless! Once we chose to work with DJ Karin everything continue to be perfect. Karin met with us over zoom to hear our ideas for the wedding and allowed us to be very specific! We wanted different vibes for dinner, moving in to the reception and even “late night” reception. DJ Karin executed the music to perfection, we could not have been happier!! On top of this, Karin was so personable and accommodating. We are so happy to have worked with Karin for our wedding! What a bonus to find a female based entertainment company!!!” -Kristina M. –Wedding Wire & The Knot

“Mariko’s skillful DJing was a highlight of our wedding.
She met with us several times to understand our taste and elicit all our specific requests. Mariko also offered helpful guidance about what kinds of music work best to fulfill our wedding goals. She seamlessly incorporated all the songs we wanted into her set, and kept everyone on the dance floor for hours.
Her emcee’ing was warm and thoughtful – never too much, never too little!
We would recommend Mariko to any couple who wants an excellent, memorable dance party at their wedding.” -Amelia R. –Wedding Wire, The Knot & Google

“DJ Karin from Stylus DJ was the DJ at our wedding and we cannot recommend her enough. We have seen her twice now – once at our wedding and once at our friends – and both times she has kept the party moving and everyone dancing the night away! Karin does this without being a “hype man” but rather by her excellent choice and flow of music and a few key words here and there, which we think is perfect for a wedding. Additionally, Karin can be very flexible and poised under pressure. We had a significant delay in our wedding causing us to need to rearrange our dance flow on the spot. With only just a few high-level instructions DJ Karin was able to seamlessly work behind the scenes with other venue staff to keep the evening going smoothly and beautifully. To this day our guests have no idea that we changed the plan half way though. Thank you, Karin!” -Rachel & Rian –Wedding Wire, The Knot & Google

DJ Mariko Is The Best!

“We are so happy we booked DJ Mariko through Stylus Entertainment. We were really looking for a DJ that wasn’t your typical cheesy wedding DJ and Mariko did not disappoint! The music was simply fantastic and she took all of our special requests for our playlist to make it the best night of dancing. I can’t tell you how many people asked us to share the playlist afterwards. Plus, Mariko is just so kind and sweet and easy to work with. I can’t recommend enough : )” -Ashley G. –Wedding Wire, The Knot & Google